TALKING TURKEY: What I'm Thankful for as a Writer

Thanksgiving is my favorite holiday of the year. It's a special day when we don't have to go into a meltdown mode chasing down the perfect gifts for everyone on our Christmas list. The real gift is simply being able to gather family and friends together to eat, talk, share stories, and enjoy all those tempting dishes—like to-die-for corn bread stuffing, Aunt Jane’s pecan and pumpkin pies with mounds of whipped cream, and the ever-famous turkey baked to a golden brown in the oven or a deep fryer. It’s also a time when I think about why I’m thankful as a writer. Here are my top five:

Happy Thanksgiving from my home to yours!
Posted by Judy Ann Davis at 12:39 AM No comments: Links to this post

Recently released in digital and coming soon in print, Up on the Roof and Other Stories is a unique collection of nineteen humorous and serious stories exploring the lives and relationships of the young and old.

Here are some synopses of stories included in the book:

BALD REVELATIONS
A first grade teacher believes her husband of twenty years is leaving her and their two teenage sons when he purchases ten pairs of new dress socks and starts reviewing their insurance policies. Despite her mother’s assurances, Maureen is further convinced he’s cheating when he starts singing Beach Boy songs and tries to persuade her to buy a sporty red convertible. 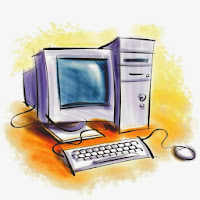 COMPUTER JUNKIE
When Rita and Jane decide to start a small woodworking business, they never expect their husbands to get involved. But get involved they do. Mitch and Bill decide their wives need their expert computer advice and their meddling could spell disaster even before the business gets off the ground.

HOOKED ON SILENCE
Two young professional couples decide to go to the lake to fish. Jerome believes that women are not necessarily equal in all masculine tasks, but Angela, his girlfriend, is about to prove him wrong.

STRAW PONIES
Brita Larson saved the life of an Arapaho brave, Nitis, who now believes he's indebted to her and routinely brings gifts to her ranch.When she then helps rescue his sister, Onawa, from some evil white men selling guns to the renegades, Britta is certain she will never get rid of this gift-bearing Indian. More importantly, how will she explain him to Deputy Sheriff Wyatt McGee?

Only $3.99 in digital now at: amazon.com
Posted by Judy Ann Davis at 9:09 PM No comments: Links to this post