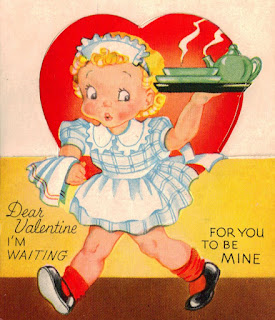 “Hey, Eva May, did you know there’s a legend of how Valentine’s Day came about? It’s credited to St. Valentine of Rome during the reign of Emperor Claudius II. Claudius was unable to get soldiers to join his army and thought the reason was because men did not want to leave their wives and families so he cancelled all marriages and engagements in Rome. A romantic at heart, a priest of Rome, Saint Valentine, defied Claudius's unjustified order. Along with Saint Marius, St. Valentine secretly married the couples.”
“Is he still doing it?” Eva May asked.
Kate closed her eyes and took a deep breath. She heard Melanie mutter, “Tell her, yes. What the heck? 270 AD until now? What’s a couple of years?”
Kate choked back a laugh.
Posted by Judy Ann Davis at 12:32 AM No comments: Links to this post

3 Wishes by Peggy Jaeger
I have the privilege of welcoming New Hampshire author, Peggy Jaeger, whose novella, "3 Wishes," is part of the 40-author, Candy Hearts Romance series released for Valentine's Day. Peggy admits that she was born and breed in Brooklyn, NY, and has the dropped "r's" to prove it. Every sentence sounds like she's asking a question.

When asked how she relaxes, Peggy says that reading and cooking are her main wind-downs at the end of the day. She has over one hundred cookbooks that are dog-eared and well-loved. "Whenever I’m feeling especially stressed, I pull one out and make a new dish. Diving head first into a new recipe takes my mind away from worry, frees me to use the creative part of my brain, and allows me to just let all the stressors float away. Love that." she says.

What is she reading? "I just finished BROTHERHOOD IN DEATH by J.D. Robb, aka Nora Roberts, and I started an oldies by Jennifer Probst titled, ALL THE WAY. Love her."

Blurb:
Valentine's Day is chocolatier Chloe San Valentino's favorite day of the year. Not only is it the busiest day in her candy shop, Caramelle de Chloe, but it's also her birthday. Chloe's got a birthday wish list for the perfect man she pulls out every year: he'd fall in love with her in a heartbeat, he'd be someone who cares about people, and he 'd have one blue eye and one green eye, just like her. So far, Chloe's fantasy man hasn't materialized, despite the matchmaking efforts of her big, close-knit Italian family. But this year for her big 3-0 birthday, she just might get her three wishes.

Excerpt:
At about five minutes of ten I was almost ready to turn the Closed sign on the door when it opened. I heard Janie’s breath hitch and turned from where I was sweeping up. Staying open late is always a risk, with the thought thieves will invade at the end of the day.
If the guy standing at the door glancing around the shop was a thief, then Dio mio, I wanted to be robbed. 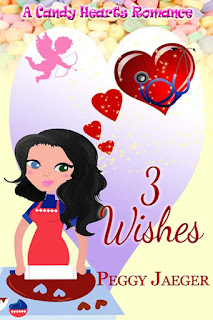 About six foot, his hair was the color of a deer’s pelt, with autumnal golds and browns shot together in a glorious patchwork that grazed the collar of his jacket and curled a little at the ends. He wore a faded brown bomber jacket over a shirt I couldn’t see, but he had shoulders almost as wide as my doorway. A pair of well-worn jeans covered his mile long legs, and the fabric on the stress points at his knees was practically white.
“We’re about to close,” I heard myself say. “Can I help you?”
It was at that moment he looked over at me.
His face could have been sculpted by Da Vinci or Michelangelo. A broad, smooth, forehead housed naturally arched eyebrows I knew some of my gay guy friends would have paid a fortune to have on their own faces. His cheeks were carved from marble, high, smooth and deep. And his mouth, mother-of-God, his mouth. Full, thick beautiful lips sat perfectly over a chin with a dent you could shove a button into and have it stay put.
“Sorry,” he said, those fabulous lips pulling up a little shyly at the corners. “I got stuck at work and couldn’t get here until now. I’ll be quick. Promise.”
So here’s the thing: the guy was gorgeous. But even if he’d looked like a frog with raw antipasto smothering his face, I would have dropped to my knees when he opened his mouth. Warm honey, a shot of raw whiskey, and a little hot puff of smoke wafted from his mouth like a fine and rare brandy being decanted.

A Rafflecopter giveaway
Posted by Judy Ann Davis at 1:01 PM 9 comments: Links to this post

FORGET ME NOT ~ A Candy Hearts Romance 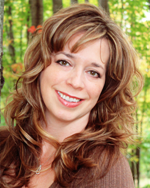 I have the pleasure to feature Maureen L. Bonatch, who writes Paranormal Romance and Fantasy, on my blog. She hails from western Pennsylvania.

When asked how she relaxes, Maureen admits that writing helps her to relax, but she also likes to watch movies, read or walk and bicycle.

What is Maureen currently reading? "Why the Candy Hearts Romances, what else! They're perfect to get in the mood for Valentine's Day!" she says.


Forget Me Not
A Candy Hearts Romance
by
Maureen L. Bonatch
Blurb:
The car accident totaled Sabrina Post’s convertible and reinvented her memories. She can't recall dumping Cole Dawson ten years ago. What her new clairvoyant visions tell Sabrina is he’s her husband. Any practical girl would question her sanity. But if Sabrina wants to make this imaginary future a reality, she'll have to regain Cole’s trust and eliminate her rival, the coffee shop waitress who’s pegged Cole as husband #4. To prove she’s foreseen their destiny, Sabrina stirs Cole’s interest by revealing specifics about him she couldn’t have otherwise known. Unfortunately, the one detail he vividly remembers is the pain when she left him and their "rinky-dink" town in her rearview mirror.
If Cole can't believe she's a changed woman, can Sabrina accept the only second chance she has at love exists in her memories?


Excerpt:
The boxes of candy hearts Julie forgot spilled across the floor.
Cole hunkered down and gathered the papers. His mouth formed a hard line as he glanced at Sabrina’s leave paperwork with the end date prominently circled. He replaced it on the table under the keys. 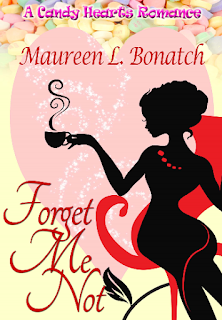 “No really, I can do it. You stay, Cole. I’ll be right back.” Sabrina caught her reflection in the mirror on the wall. The quest for a coat resulted in her hair looking as if she’d stuck her finger into an electrical outlet. Her appearance matched her desperation. She ran her hands over her head, but the static filled strands resisted smoothing.
“I need to check on Dad anyway, and it’s on my way. I’ll take Josie.” Cole extended his elbow, and Josie latched on like a lifeline, her fingers digging into the leather of his jacket. She skittered across a few of the remaining candies, crushing Be Mine and Love Me on the floor. “Thanks again for dinner, Marge.”
“Cole wait.” Despair leaked into Sabrina’s plea.
He glanced toward the papers on the table and sighed. “I waited for years, Rena. It’s you who waited too long.”
As the door closed behind him, so did the future with Cole that she’d imagined. Her shoulders fell. She knelt to collect the candy hearts scattered on the floor. Forget Me Not and Hug Me taunted her with their cheerful words. Lacking a garbage bag, she shoved a handful of the candies into her jacket pocket. Several hearts were trodden into tiny pieces, like her own.

A Rafflecopter giveaway
Posted by Judy Ann Davis at 9:11 PM 6 comments: Links to this post