Rainy Days in May

“It’s May, it’s May, the lusty month of May,” as the song goes in Camelot. 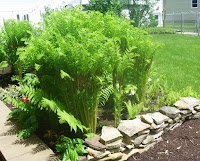 With the incessant rains this year, Pennsylvania in May is a beauty to behold if you squint between the raindrops.

Named for Maia, the Greek goddess of fertility, May’s birthstone is emerald which symbolizes love and success. It seems appropriate to designate the emerald since spring in the northern hemisphere often is a brilliant green as dormant deciduous trees, grass, bushes, and emerging flowers and weeds dress themselves in shades ranging from lime to blinding green to deep avocado.

The ferns in my flower beds are unfurling and jumping skyward. The Jack-in-the-pulpits have poked their heads up on the east side of the house, thanks to the protective shade of a rhododendron, and the hosta plants are so huge I fear they could join forces and overthrow all the plants in our yard. 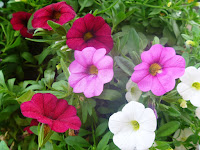 For me, May is a time of awakening with warmer nights with golden moons. The bluebirds and hummingbirds return. The hawks soar. The robins bob, bob, bob on the lawn. And the very vocal wrens scold everyone from atop a cedar tree
.
This year, I’m foregoing a garden and will have a patio tomato and my basil plant in pots. I’ve decided instead of fighting the rain, I’m going to endorse an old farmer’s saying: Rain in May is a barn full of hay.

I’m going to enjoy the down time and dawdle a little, write, read, and look for rainbows. What are you favorite things to do on a rainy day in May?

WILLIE, MY LOVE - An Excerpt and Rafflecopter

He broke the stillness first. “Did you recognize him?”
“Who?”
"The thief you knifed in the woods, Miss Decoy.”

“How would you know I knifed him?”
“I heard no gunfire from the clearing, but from the amount of blood scattered all over the place, you more than just playfully tickled his ribs. Actually, it looked like you went for the poor fellow's jugular vein.”
“I wish I had. I only stabbed him in his shoulder. I wasn't aiming to kill, just slow him down a bit."
“With men that ruthless, Willie, it's best not to extend too much compassion. Those three riders on the ridge weren't exactly trying to miss your backside in the true spirit of Christian charity.”
“Next time, I won't let them get that close.”
“There won't be a next time,” he snapped. “You pull a fool stunt like that again while I'm here, and I will tell your father. The closest you'll ever get to a logging operation will be sewing buttons on your crews’ shirts. So tell me, did you recognize him or the horse he rode?”
“No. If I had recognized him, or his blasted horse, I would have spoken to the proper authorities.” She paused and wagged a slim finger at his face. “You realize, mister, you're a pain in the...”
“Don't even say it!”
“Neck. But your first conclusion might be a more appropriate location.”
Their dueling gazes met and he reached out and captured her against his chest.
Suddenly conscious of the fact that he either wanted to shake her mercilessly or kiss her senseless, he released her gently, disturbed by the discovery she had aroused far more than anger. He stalked to the fireplace and gripped the mantel, his head bent in thought. He had always been good at logical reasoning, but this wisp of a backwoods girl defied every civilized rule he ever learned. Her nearness stoked a gently growing fire that he’d never felt before with any other woman. And she was oblivious to it all. How would he ever be able to work beside her?
A lengthy silence elapsed before he spoke in a calm voice. “Is there a possible way we can come to terms since we have to share the same roof over our heads?”
Shifting like the wind, she concurred. “Unfortunately, I agree with you.”
Turning, he pinned an astonished gaze on her. “You mean there’s actually an ounce of compassion in that tiny body of yours?”
Willie grinned. “Don't compare my size with my compassion, or any other of my abilities, for that matter. The venom of a rattlesnake is deadly regardless of its size.”

The last thing Jonathan Wain wants to do is ride miles through Pennsylvania’s wilderness to help his father’s logging partner in the small settlement of Clearfield. But his family owns clipper ships in the Chesapeake Bay that carry the coveted logs to the markets each spring, and they can’t afford a loss.

The last thing Wilhelmina Wydcliffe wants is a handsome sea captain from Maryland meddling in her father’s logging operations under attack by unknown enemies. A feisty tomboy and better known as Willie to her crews, she has a dream to be the largest logging operator east of the Mississippi River.

When both Willie’s and Jonathan’s lives are threatened, they are forced to work together to find their enemies before both of their companies are in shambles.

But as their attraction to each other escalates, can they set aside their differences, unearth the truth, and discover contentment in each other’s arms?


Order Now in Print or Digital:

ENTER THE RAFFLECOPTER BELOW
TO WIN A $15 AMAZON GIFT CARD