Hunting Down the Funky Fall Fungi

A Czech adage warns that “every mushroom is edible, but some only once.” Obviously, this translates to the fact that there are both safe edible varieties and ones that are deadly or extremely hazardous when consumed.

The other day I found some in our yard, and it reminded me of my childhood days on our farm in Northeastern Pennsylvania when my mother and father would set off on a foggy morning into the woods to collect them. Mushroom hunting is an old Polish tradition that was handed down when my immigrant grandparents came to America and brought their knowledge with them. They are hunted in both the spring and fall.

However, over the years, the popularity of mushroom picking has grown into nationwide celebrations, usually held in September and October. These festivals, honoring these funky little fungi, range across the United States from Boyne City, Michigan down to Madisonville, Texas and as far as Girdwood, Alaska to Kennett Square in Pennsylvania.

Of all the things I’ve tried to recall about mushroom foraging, I do remember my mother and father had favorite places to hunt them—around certain conifer trees and rotting stumps. They used paring knives and cut the mushroom from the bottom, allowing for renewed growth from underground. Carefully, they’d place them in wicker baskets. Plastic or metal containers don’t allow for air to circulate around the mushroom and can encourage mold. A wicker basket also allows for the spores to fall out of the container and hopefully land in a perfect environment to reproduce.

In most cases, mushrooms are cooked. Only those you know for certain should be consumed raw without cooking. Polish, Russian, Ukrainian, Czech, and German people use them extensively in many of their dishes including soups, sauces, and pierogis. They also fry them in butter with onions and serve them as a side dish.

Pine mushrooms, chanterelles, morels, and oyster mushroom are among the most popular ones. They can be canned or dried to be used later. I remember one year when my mother pierced the mushrooms’ stems with a needle and string and hung them to dry in our basement. They looked like little upside down umbrellas until they dried into a shriveled state.

Although I’ve never tried hunting them myself, I know there are important things to remember if you plan to pursue the sport. The first rule is very simple. Make sure you know which ones to pick. Your first forage should be with someone who is experienced about identifying them since there are look-alikes among the many existing types. Remember, there are poisonous varieties like the false morels which are deadly or the red fly agaric with its large white-gilled, white-spotted top. I remember my father chopping the fly agaric up in a shallow metal pan and sprinkling sugar on it to attract the barn flies which died after munching on it.

Additionally, you need to wear protective clothing. There are insects, ticks, and snakes in the wooded areas and forging sites. You also need to check with the property owner to determine whether you are allowed to hunt on their land. Many state and national parks not only issue permits, but also have certain rules about the amount of mushrooms that can be harvested per person.

I’m told there are many mushroom clubs throughout the United States where you can join and go in groups to forage for mushrooms. I, myself, am content to use the grocery store's whites or portabella ones when I sit down with my steak topped with the delicious, funky, little fungi.

BOOK REVIEWS - Love Them or Hate Them

"Every human being is entitled to courtesy and consideration.
Constructive criticism is not only to be expected but sought.”
~ Mary Chase Smith 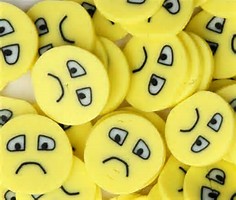 As much as we writers hate to admit it, we often read positive reviews of our work with smiles and enthusiastic enjoyment. On the other hand, when we receive a critical objective review, we too often get annoyed or depressed, instead of looking for value and constructive advice from it. That’s when it’s time for us to pause, consider the advice, sort out the positive, and hopefully apply the knowledge we’ve gained to our next creative works.


Let’s face it, we all want to hear how wonderful we are. But how does hearing only the good things help us to improve? Sure it builds our ego and makes us feel good. But what does it do to help us grow? How does it help us to face new challenges? To correct unknown mistakes? To set higher goals?


Sometimes we need to step back and ask some tough questions from our critics, friends, and associates. So how do you really feel about my work? What worked for you? What didn’t you like? Please be honest.

Only when we use criticism to learn something about ourselves, do we learn to make changes, grow, and better develop our work.

FOOTNOTE:
Margaret Chase Smith served 32 years in Congress and was the first woman elected to both the House and Senate.  Although a champion for women’s issues, she was always clear about being seen as a U.S. Senator and not a woman Senator.  In 1964, she became the first credible female candidate for president.

Win a Kindle Fire or Echo Dot by doing the tasks on the Raffelcopter below.
I am at the bottom of the list!

a Rafflecopter giveaway
Posted by Judy Ann Davis at 2:35 PM No comments: Links to this post