Welome August! Along the roadways of Pennsylvania, goldenrod and salvia have begun to bloom in yellows and purples.

For many people, the month of August signals the arrival of the end of summer in the Northern Hemisphere that includes the Dog Days of Summer. The eighth month of the modern calendar, August has thirty-one days.

In the original ten-month Roman calendar, August was the sixth month (with 30 days) and was originally named Sextilis. In 8 BC, the Roman Senate rewarded Octavian Augustus a month in his honor. The founder and first emperor of the Roman Empire, Octavian Augustus, selected Sextilis, which under the Julian calendar was the eighth month with the addition of January and February. An additional day was tacked on to August to balance the total days in the year.

Best known for its hot and humid days, August lures people to pools and beaches to cool off before schools begins at the end of the month—or the beginning of September.

August’s birthstones are the peridot and spinel. Peridot is a semi-precious olive or lime-green stone found in lava flows and veins from the United States to Finland and Pakistan, among others. In shades of pink, red, blue, violet and lavender, spinel is a more recent addition to the August birthstones. 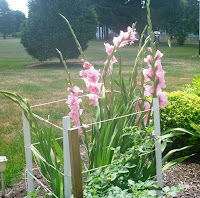 Flowers for August are the gladiolus and poppy. The gladiolus is sometimes referred to as the sword lily because of its long, skinny shape. Both flowers are said to reflect strength of character and imagination.

And during these trying times, as we enter the sixth month of the Coronavirus pandemic, strength of character and imagination may be what we need the most.

Check Out a Fun Summer Read! 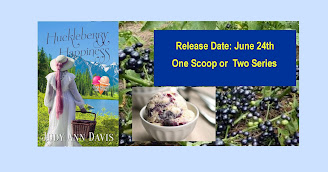 Posted by Judy Ann Davis at 1:16 PM No comments: