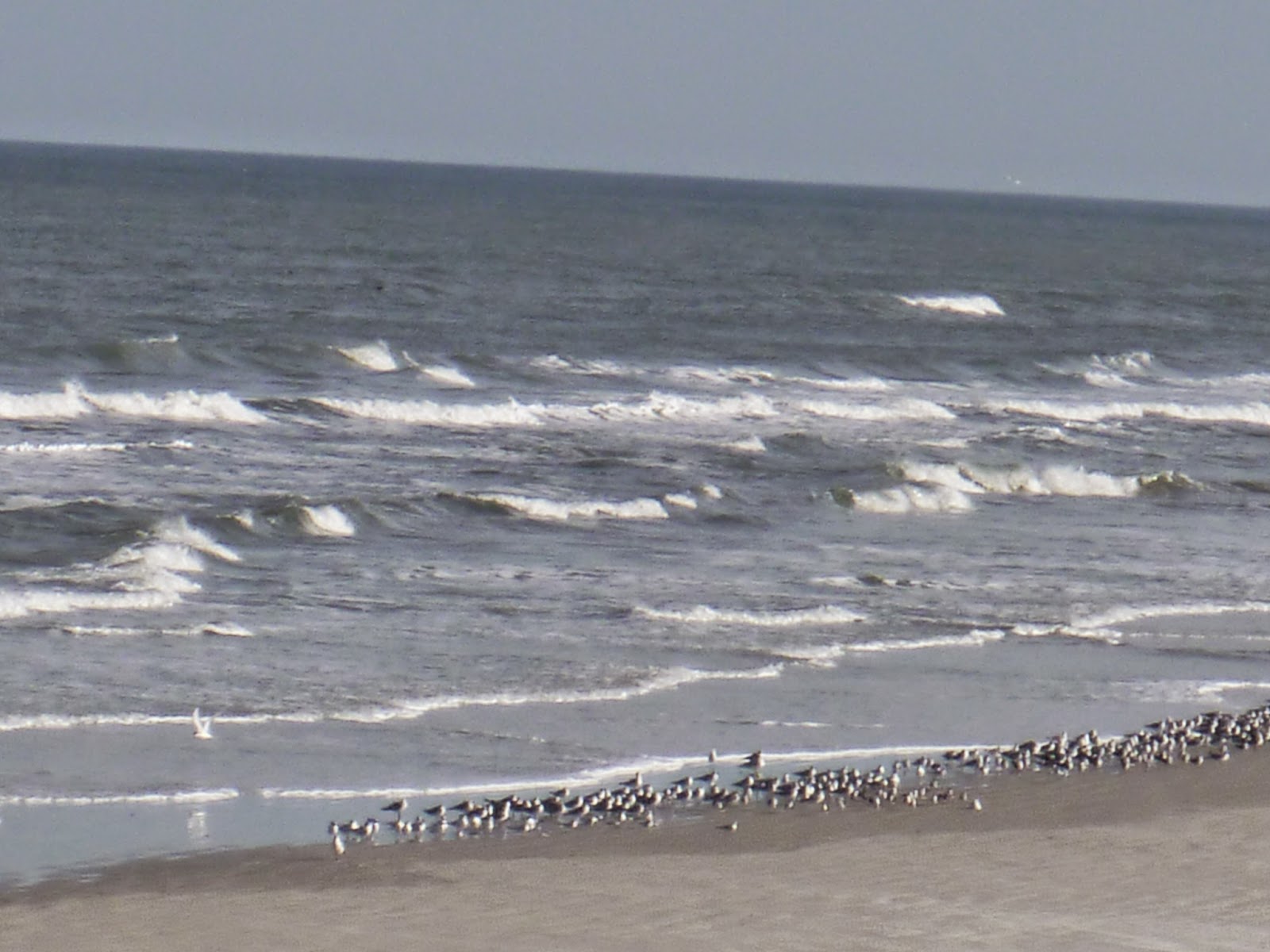 I'm sitting here watching the Atlantic Ocean and thinking about what is the easier meal to make for dinner. My favorite has always been one given to me by my husband's sister: Sloppy Joes from a recipe my husband liked at Clearfield High School. So here is the ocean for your enjoyment as well as the recipe.

1 c.water
¾ c. flour
-blend like thickening for gravy
Brown first four ingredients.
Add next four ingredients, then
Thicken with flour and water.
Mixture will be thick.
Simmer for half-hour.
Posted by Judy Ann Davis at 1:02 PM No comments:

BELIEVE IN THE BEAUTY OF YOUR DREAMS

Eleanor Roosevelt said, “The future belongs to those who believe in the beauty of their dreams.” If I were to give one piece of advice to a budding writer, it would be to pursue your dreams, but be careful and wary of the critics.

Every writer in their career has experienced a bad review whether it has been on Goodreads, Amazon, Barnes and Noble or on another book seller site. We live in a world where everyone who reads—be it a recipe, novel, back of a cereal box, or the newspaper—believes he or she has the skills and expertise to critically review a piece of written work. These individuals may never have written any fiction or nonfiction in their life. They may never have written a simple letter or read a classic author or an instructional book on writing. But in a world where dissension seems to overshadow the need for harmony and goodwill, you will encounter unpleasant folks who are eager to offer callous comments and opinions.

When I submitted my first novel, I received a letter from an agent telling me everything that was wrong with my manuscript. This person will never get stars for being positive, helpful, or polite. Needless to say, I was discouraged--since all my life I’ve been a writer and have written for radio, television, education and industry. So what did I do with the manuscript? I shoved it in a drawer to collect dust.

For ten years, I refused to return to novel writing, but instead continued to write short stories, many of which won awards and were published for decent money. Finally, one day, I asked myself: If I can write well enough to write short stories, why was I so horrendous with longer pieces? Or was I? I decided to buy some books on fiction writing and start a new novel. This time, I discounted all the negativity and decided to believe in the beauty of my dreams. Since then, I have four books published in historical and contemporary genres; and I’m working on my fifth.

Along the way, in this often tiring and tedious process, I learned rejection and constructive critique are part of the whole writing process. I learned to receive helpful comments without allowing them to destroy my ego. I discovered I can wallow in a gloomy mood and gobble down a chocolate candy bar when criticism strikes, but only for a brief moment. Then it’s time to move on and use or discard the advice. I also learned a writer should always, always, get more than one opinion of his/her work before deciding to trash it.

Remember to be wary. All criticism might not be noble or valuable. It may merely be from a disgruntled person who selected the wrong book. Maybe the buyer didn’t understand the genre or couldn’t identify with the storyline, characters, or plot. . .or maybe he/she might simply be a self-proclaimed critic who reads a lot of cereal boxes.
Posted by Judy Ann Davis at 2:17 PM No comments: