According to the American Pie Council, National Pie Day is January 23th. Although pies have been around in various forms since the ancient Egyptians, Romans, and Greeks, the early meat pies (pyes) appeared in England as early as the twelfth century. The crust of the pie was referred to as “coffyn”. It’s amusing to note that these pies were made using fowl, and the legs were left to hang over the side the dish to be used as handles. 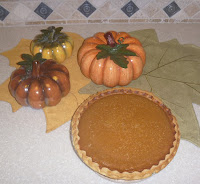 It’s speculated that in the 1500s, fruit pies or pasties were made, and the first cherry pie was presented to Queen Elizabeth I.

The first English settlers brought pie to America, but the pies were actually cooked in long narrow pans which they called “coffins” like the crust in England. As in the Roman times, the early America pie crusts were not always eaten, but simply designed to hold the filling while the pie baked.  During the American Revolution, the term crust originated instead of “coffin”.

Over the years, pie has become part of the American culture and is considered one of the most favorite and traditional desserts in America—from the delicious cherry to the pumpkin pie at Thanksgiving, to the apple pie which boasts the saying, “as American as apple pie.”

What’s your favorite type of pie? Mine is toss-up between coconut crème and pumpkin.

But here is a really delicious pecan pie that I won’t pass up! 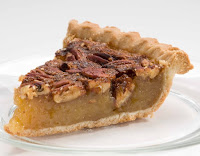 
This month I have several ebooks on sale for $0.99 or a reduced rate.
Please visit my "Amazon Author Page" to choose:
https://www.amazon.com/Judy-Ann-Davis/e/B006GXN502/

Posted by Judy Ann Davis at 11:38 AM No comments: Links to this post