The last thing Jonathan Wain wants to do is ride miles through Pennsylvania’s wilderness to help his father’s logging partner in the small settlement of Clearfield. But his family owns clipper ships in the Chesapeake Bay that carry the coveted logs to the markets each spring, and they can’t afford a loss.

The last thing Wilhelmina Wydcliffe wants is a handsome sea captain from Maryland meddling in her father’s logging operations under attack by unknown enemies. A feisty tomboy and better known as Willie to her crews, she has a dream to be the largest logging operator east of the Mississippi River.

When both Willie’s and Jonathan’s lives are threatened, they are forced to work together to find their enemies before both of their companies are in shambles. But as their attraction to each other escalates, can they set aside their differences, unearth the truth, and discover contentment in each other’s arms?


Jonathan found her at the table hacking a flapjack into a million pieces. It didn't take any more brains than an earthworm to see she was in the vilest of moods for someone about to celebrate her twenty-fourth birthday. Following his explicit orders, no one from the entire household staff had made mention of it, and she was moping.

Whistling merrily, Jonathan dropped into a seat facing her.

“People who are so joyful in the morning should have their hearts ripped out,” she muttered and poured more than a generous stream of maple syrup onto the shredded pancake.

A smile ruffled his handsome face. “You're just in a poor mood because you didn't find your birthday presents we stashed in the stables. Everyone knows you've tipped this house upside down in search of them. Think all that sugar might help your disposition?”

“I should have known,” she sputtered, coming to her feet, “only buzzard bait like you would stoop to such a childish trick.” An unexpected stir of excitement rose inside her. “So what are we waiting for?” 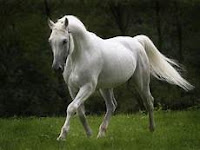 He followed her out into the summer sunshine. The first rays of dawn had already burned off the dew from underfoot. The doors to the stables were flung open, and he had to quicken his pace to keep up with her.

“I guess in all fairness, I should show you where we hid them.” Inside the barn, he led her past Silver Cloud's stall to one at the far end of the stables. Her eyes sparkled luminously when she saw a pure white horse, prancing in the stall, still uneasy with its new surroundings. His coat glistened like new snow in the slanted sunlight filtering through the stable windows.

She was so shocked, she could only stare.

“Happy birthday.” He leaned a shoulder against the stall. “A new saddle from the staff is arriving from Maryland next week. I ordered it special to fit the mount.”

“Oh, Jonathan, he’s beautiful. Thank you.” She blinked back a tear.  No one had ever given her such a splendid gift since the day she received her first horse.

Order Now in Print or Digital:

ENTER THE RAFFLECOPTER BELOW TO WIN A $15 AMAZON GIFT CARD

Everyone talks about the Ides of March on the 15th, but did you know that March 22nd is “National and International Goof Off Day”? Now here’s a celebration we can all get behind and participate in. And to make matters ever better, it’s on Friday of this year!

What do I plan to do? Glad you asked. I’m goofing off.

I plan to leave all my writer obligations, ideas, and tasks that are always hammering at me in the back of my brain and find activities that qualify as fun, not difficult, deemed enjoyable—and which are mindless.  So that leaves out the frustrating game of golf. It also leaves out reading since I get carried away to a new world when I read, and often I find myself plowing through the book, reading nonstop, to find out how the story ends. Thus, reading is hardly mindless in my way of thinking. 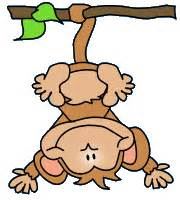 I could clean the house. That’s as mindless as it gets, but it certainly isn’t enjoyable. Someone suggested sitting quietly in a chair in a Zen-like state and meditating. It would only be a possibility if I could sit still that long. Over an hour of a vacuum-like state, and I’d need anti-anxiety medication to deal with the inactivity and silence.

Someone suggested relaxing and making a to-do list. Are you kidding me? What a way to go bonkers. What part of that activity is relaxing? I’d sit in nervous anxiety, chewing the eraser off my pencil, as the list grows and the urge to be knocking off some of the tasks on the stupid list grows exponentially.

I could try driving aimlessly around the town, but every time I do that, I see new things. Then, I have the impulse to want to take careful note of the scene and stuff my mind with details for possible use in my writing.  And, the idea is to leave the writing world behind for a day, shut down the brain, and goof off.

If you have any thoughts and opinions for goofing off on March 22nd, I’m open to suggestions. Leave a comment and I’ll consider them. Oh, wait—if I have to analyze  your comments, that is not goofing off.


COMING SOON IN APRIL - "Willie, My Love," a historical romantic mystery
about the logging industry in 1856 in Central Pennsylvania.

Below is a Rafflecopter Giveaway for an Echo Dot or Kindle Fire.  Please follow me on my " AUTHOR CENTRAL AMAZON PAGE." - I am the eleventh (11th) name down on the list. Thank you!


a Rafflecopter giveaway
Posted by Judy Ann Davis at 10:17 AM No comments: