Tempers fly in KEY TO LOVE

KEY TO LOVE is scheduled to be released in print on Wednesday, October 23rd. Here is one of my favorite interactions between my main characters, architect Elise Springer, and her old friend, Lucas Fisher.
~ ~ ~   *** ~ ~ ~

The first thought crossing Lucas’s mind was that a blue tornado had swooped down without warning.
Elise Springer barreled through the office door, crossed the distance between them and slammed her fist on the metal desk so hard two pencils did simultaneous jumping jacks before hitting the concrete at her feet.
“You liar!” she shouted. Vicious claws, still splendidly colored a brilliant red, reached out, clutching the front of his shirt and jerking him by the throat.
"Having a bad morning?” Lucas asked quietly, thankful he never made it a habit to fasten the top button. “Maybe I should make a pot of coffee?”
“You set me up, you detestable jerk!” Her hand still held fast even when his came up to cover it. “You never told me about the seventy-five thousand dollars Mike gave you." 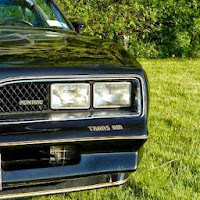 He pried her fingers loose, and she stepped back, slicing the air with the edge of her palm. “I trusted you, you lowly worm. I went in there on your behalf!” Both hands flew to her temples, massaging her forehead. She stomped to the window and back again twice. “God, what a fool I am.”
“It’s not what it appears, Liz.” Lucas sat down, leaned back in a chair beside the desk, and hoped Fritz had not lied and this was just one of her twenty-four hour bouts of raving insanity. “Maybe you ought to sit down, and I’ll explain.”
“You can start spouting an explanation right now, pal, and I don’t need to sit to hear your gibberish!”
If her eyes could throw darts, he’d be dead man for sure, Lucas decided. He mustered some courage. “If I had told you Mike gave me money from his personal funds to invest for him, you would have gone into the meeting with Pedmo and tried to second guess her, just to defend me. I couldn’t take the chance. You got the kid, right?”