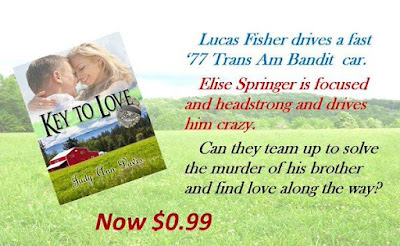 “You still haven’t told me about your nephew,
Todd.”
The luster in Lucas’s face faded. “There’s not
much to tell. He lost his mother and father and has been
tossed into foster care with the Johnsons. I’m trying to
get temporary custody, but I’m not hopeful anything
can be done until the investigation of Mike’s death is
completed. I guess it’s standard procedure when a cop
gets killed. I’ve been lucky enough the Johnsons let me
have him on weekends.”
“Is that allowed?” Elise opened the bread drawer
and withdrew a half loaf of bread.
Lucas rose and walked to where she was working.
“Well, it’s bending rules a little, but they trust your
father, and the Johnsons need a break. In case you
haven’t noticed, they’re elderly, not in shape for
chasing a child Todd’s age.”
He slapped a palm against the refrigerator. “Damn
it, Liz, it’s not fair. The kid is the one being punished,
taking the brunt of things he had no part of. He’s so
lonely he cries himself to sleep at night. He doesn’t
understand what’s happening. He doesn’t even know
where he belongs.”
“So we spring him.”
“It’s not that easy!”
“Of course, it’s not going to be easy.” Elise forced
herself not to shout back, “but that doesn’t mean it’s
impossible, Lucas. Sit down, will you? I’m cooking this
morning.” She waved the half loaf of bread at him, then
withdrew four slices and dropped them into the toaster
slots.
He blinked. “Toast? You call that cooking?”
Posted by Judy Ann Davis at 12:53 AM